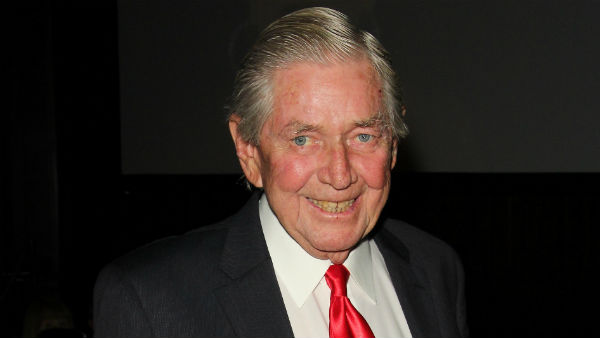 Many were saddened to learn that Ralph Waite, one of television’s most beloved father figures, died Thursday at the age of 85. Known by many as John Walton, Sr., the leader of the upright but hard-pressed clan on The Waltons, the American actor enjoyed a long and varied career that took him from the stages of New York City, to the studio sets of Hollywood – and many places in between.

Waite’s onscreen breakthrough came in 1972, when The Waltons, a Depression-era series following the lives of a poor Virginian family, first took to the airwaves. Despite early doubts, the feel-good program surprised both critics and audiences with its sincerity, and its relatable characters. Its popularity surpassed initial expectations, running until 1981, and although many of its story lines followed the exploits of the younger John-Boy Walton, Waite’s turn as the family’s hard-working and virtuous patriarch was, for many, one of its defining elements. Today, the program is recognized as one of the era’s classic series, and continues to captivate audiences.

Although he was perhaps best known for his work on The Waltons, Waite’s personal and professional legacies extend far beyond that one role. He turned to acting later in life than most performers, taking it up in his 30s after a series of career changes left him searching for a more fulfilling line of work. Following a stint as a social worker, and a disillusioned departure from his post as an ordained Presbyterian minister, Waite found himself dissatisfied with the job he ultimately landed in publishing. With nothing to lose, he tried his hand at acting, and knew almost immediately that his future lay on the stage.

Although he met with critical success in New York, Waite was hesitant to make the move to Los Angeles. The change of scene proved wise, however, and after The Waltons made him a fixture on American television, he continued to appear both on the small screen and in film, practicing and honing his craft until the end of his life. Most recently, he turned heads on the HBO series Carnivàle (on which he played, appropriately enough, a clergyman), and as a recurring character on NCIS. In the summer of 2012, Waite returned to the stage once more, and audiences in Petrolia, Ontario were lucky enough to catch him and former Waltons co-star Michael Learned together again for the Victoria Theatre’s production of Love Letters.

Waite is survived by his wife, and two daughters, and will be remembered not only for his talent and professionalism, but for his ability to lend humanity to the timeless characters that he brought to life.

Waite can be seen in The Waltons, airing weekdays at 5pm ET/2pm PT on VisionTV.

WATCH: Ralph Waite on Life After The Waltons