Downton Abbey’s Hugh Bonneville: “These characters did become a part of peoples’ lives.” 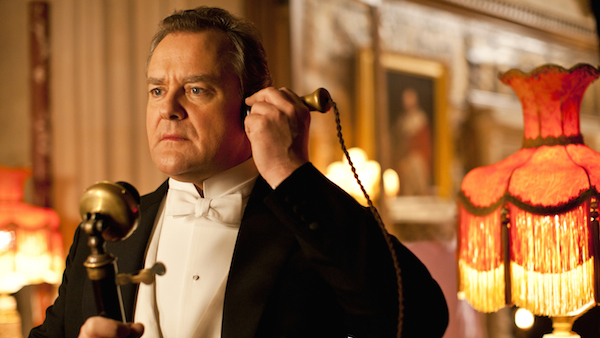 For six seasons of “Downton Abbey,” actor Hugh Bonneville nobly portrayed the regal family patriarch, Robert Crawley, Earl of Grantham. With the series now behind him, Bonneville is currently playing Doctor Stockmann in Henrik Ibsen’s “An Enemy of the People,” at the Chichester Festival Theatre in Sussex.

Even though Bonneville has since moved forward from “Downton Abbey,” he is not shy to speak about the everlasting appeal of the series.

“It’s extraordinary the impact it had,” said Bonneville during an interview with ITV News. “I’m using the past-tense now – because it’s gone – but it was a wonderful thing to be a part of and I really think these characters did become a part of peoples’ lives. They were very real to people, which is enchanting and lovely. But, it was the right time to end.”

Of course, having such a role as Robert Crawley means that Bonneville is presumably more recognizable in public than ever before. That said, he appears to be comfortable with that type of spotlight. 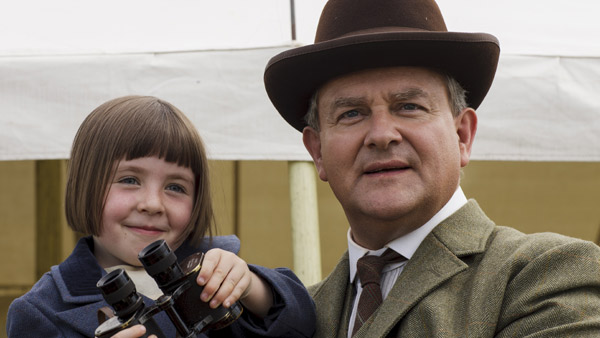 Regardless of why someone is running across the street to summon a “Downton Abbey” actor, what is clear is the desire many fans have for a movie incarnation of the hit British period drama. What has further stoked the flames of interest is Series Creator Julian Fellowes and Executive Producer Gareth Neame expressing interest in making such a project happen.

“I don’t see why not,” relayed Bonneville when asked if he thinks a ‘Downton Abbey’ film could happen. “There’s certainly talk of it. The main problem is going to be getting us all together – it’s like herding cats. But, there is a great affection between [the cast] and for the creative team. So I think where there’s a will, there’s a way. I would love it and I know many others would as well.”

Here is a look at Hugh Bonneville’s time on “Downton Abbey”: