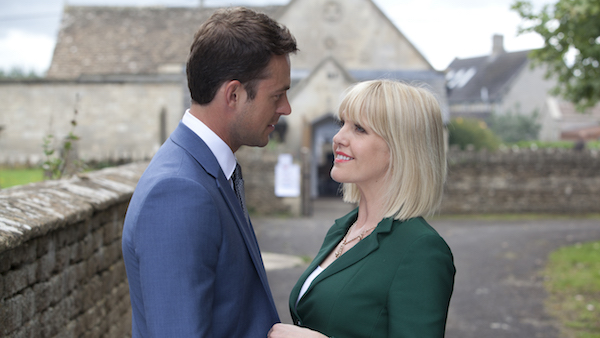 To some, the look of a water fight consists of free-flowing aqua, hoses, buckets, drenched clothing and usually lots of laughs. In Carsley, however, the water fight going on in this tight-knit village has created tension and animosity amongst the locals.

At issue is the spring found on resident Robina Toynbee’s property and her intention to sell bottling rights to a commercial water company. Her daughter and son-in-law, Angela and Andy, support her right to do this. On the other side of the table is Julia Owens, a young mother who doesn’t want the presence of big water tankers rolling through the village. The fact that one almost hit Julia’s baby stroller during a walk has only further galvanized her cause.

During a meeting held by Parish Council Robert Strutters, Robina’s family, Julia, as well as village stalwart (and enemy of Robert), Ron, debate over whether or not a big water company should have access to the spring. The council, as it’s explained, is deadlocked on the matter, with Robert holding the deciding vote. Despite protests, Robert explains that his decision will arrive in the morning.

Unfortunately for all involved, that decision never turns up. What does turn up instead is Robert’s lifeless body next to the spring in question. Discovering him there was Ron during an early walk with his dog. Was he murdered or did a slip and fall lead to a fatal head wound? That’s to be determined.

On this very same day, Agatha moves excitedly toward the local pub for a round of trivia. Personally invited by the apple of her eye, James, Agatha has an extra (dare we say?) spring in her step. 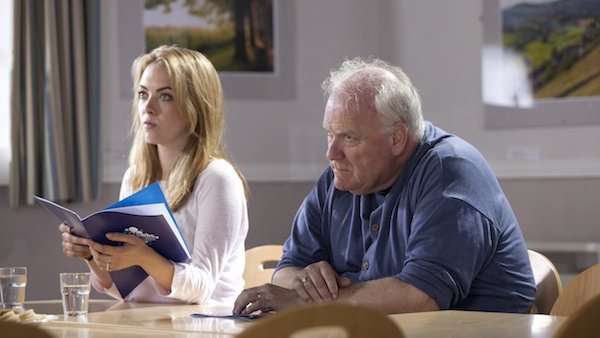 While en route to the pub, Agatha receives a call from her PR buddy Roy. He has a freelance assignment for her: to help generate some positive press for the nearby Ancombe Water Company (AWC). Too excited about the day that’s in front of her, Agatha quickly kyboshes this request.

Upon entering the pub, Agatha joins other villagers as they watch the news report on Robert’s death. Here, it is noted that he held the final decision on whether or not to allow AWC to do business in Carsley. Agatha, as you could imagine, is now intrigued.

After discovering that Mary has taken her spot on James’ trivia team, Agatha soon turns her focus back to Ancombe Water Company. Within moments, she’s on the line with Roy and commits to the gig – it’s go time!

To get the ball rolling, Agatha and Roy hold a meeting with the head of AWC, Guy Freemont, who appears shaken and concerned by the passing of Robert and how that connects with his business. During this meeting, Agatha not only presents an incredibly detailed plan on how to positively take advantage of all the media coverage AWC is receiving, but also finds out through a call to DC Bill Wong that Robert’s death was being treated as a murder.

Part of this plan begins hours later back in Carsley during a meeting with locals who have a say in the great water dilemma. After selling the majority of those in attendance on the bright future a connection with AWC could have on the village – and a high profile launch event – the water company’s presence in Carsley is approved. 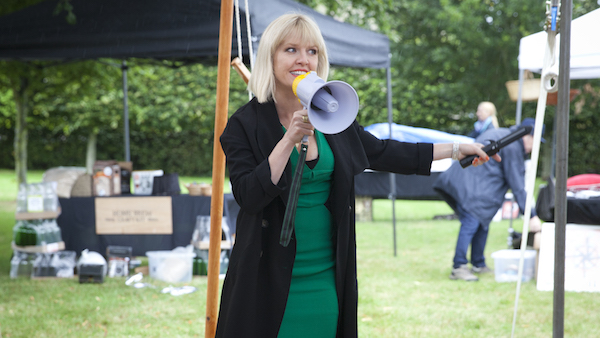 So impressed by Agatha’s ability to get the job done, Guy smooches her not once, but twice. Clearly, this relationship won’t be just a working one.

Smitten with Agatha, Guy tries to get her to focus on AWC business in Carsley, as opposed to investigating Robert’s murder. However, Guy can’t keep the amateur sleuth down and Agatha continues to explore the case. One bit of compelling evidence discovered along the way was that Robert’s body and clothing was uncommonly clean – except for one, white strand of cat hair. Hmm!

During the hunt for evidence, motives and alibis, Agatha and Guy begin spending some nights together. All is fine and good here, until Roy shows up unannounced one rainy morning to reveal that the pop group originally booked for the AWC launch event is caught up in a scandal and unable to appear. As a result, the promised massive media presence will no longer show up either.

Seeing as the show must go on, Agatha tries her hardest to keep the launch event afloat. But unfortunately, a stormy mother nature and a collective of unruly protestors throw a wrench into that plan. As Agatha tries to save the day by leading a parade of supportive villagers through protestors to the spring, Robina is found dead right beside it.

For Agatha, she has little time to feel rattled by this as she is soon paid a visit by Portia, a woman who strictly appeared to be Guy’s assistant. In reality, however, she has been his girlfriend for two years. She’s aware that he is unfaithful, but is willing to stick around because of his money. During this terse encounter, Portia demands that Agatha keep her distance from Guy. 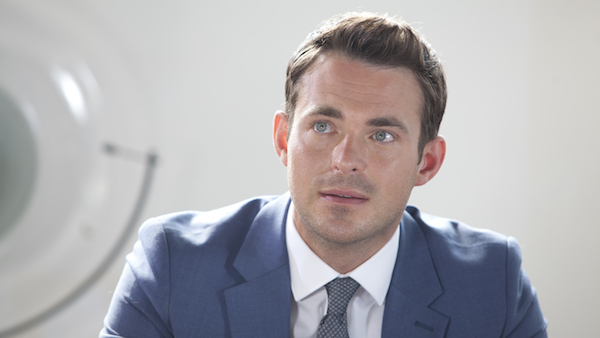 The next time Agatha sees Guy, she calls him out on his infidelities. He calmly tries to explain it all away, but this is passed over quickly when Agatha shows Guy a white strand of cat hair she found in her home after Portia came by. Turns out, Portia was cat sitting for someone, while staying with Guy. As that’s said, Agatha begins to speak as if she’s on the verge of figuring out this latest murder mystery.

As Agatha gets going on this, Guy violently grabs her and threatens to kill her if she goes to the cops. You see, Robert visited Guy the night before the vote to tell him that he wasn’t going to allow AWC in Carsley. Upset by this, Guy killed him and disposed of the body. Then, when Robina said that she no longer wanted to give access to her spring, Guy had to end her life as well. Now, he was trying to get Agatha to meet her maker.

Bound and gagged, Agatha is placed into the trunk of Guy’s truck. It is at this time that James (who has been doing his own investigating) and DC Bill Wong approach Guy with some questions. Surprise, surprise, Guy had a chequered past that was being brought to light. As the tense conversation continued, banging is heard from the truck – Guy makes a run for it.

James, to his credit, chases Guy down and takes him out with a solid knuckle sandwich to the face. DC Bill Wong, meanwhile, rescues Agatha from the vehicle.

As confident and brash as Agatha generally is, seeing Guy taken away in a cop car is a fast reminder that even she can be duped in a bad, bad way. With James by her side to provide consolation, Agatha can’t help but look like a woman eager for some rapid redemption.