Poldark’s Eleanor Tomlinson Impressed by the Strength of Demelza 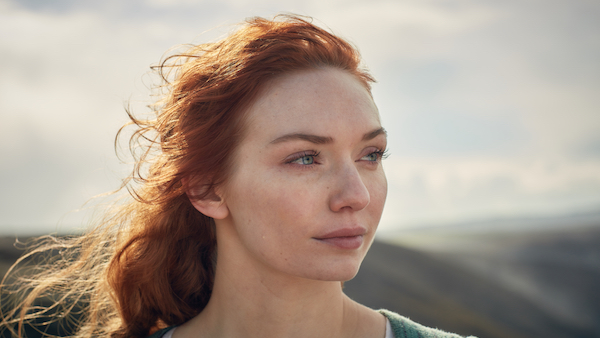 On “Poldark,” few characters have evolved as enormously as Demelza. Having gone from a poverty stricken young woman with a tough home life, to meeting and working for Ross, to eventually becoming the love of his life and a woman not afraid to show both great strength and vulnerability, Demelza’s growth persists from episode-to-episode.

Playing Demelza is terrifically talented 24-year-old English actress, Eleanor Tomlinson. Ahead of “Poldark,” Tomlinson’s screen credits were fairly modest, with her role in 2013’s “Jack the Giant Slayer” perhaps being the most recognizable one to mainstream movie appreciators.

Looking back on the audition that landed her the role of Demelza, Tomlinson can’t help but feel proud of herself for pursuing such a challenging, out-of-the-box, opportunity.

“Demelza has set the bar quite high. That makes me glad I went for that challenge at the time, though, because initially they were looking for me to play the part of Elizabeth,” explained Tomlinson in an interview with the Telegraph. “I felt I’d done that very poised role before so I worked hard to transform my look and went in there wearing my brother’s clothes, not having brushed my hair for a couple of days… and it worked.”

She continued: “It’s just so rare to come across a character as strong as Demelza: a woman who refuses to conform to society or etiquette and has that very modern streak to her. I feel like some of her has rubbed off on me.” 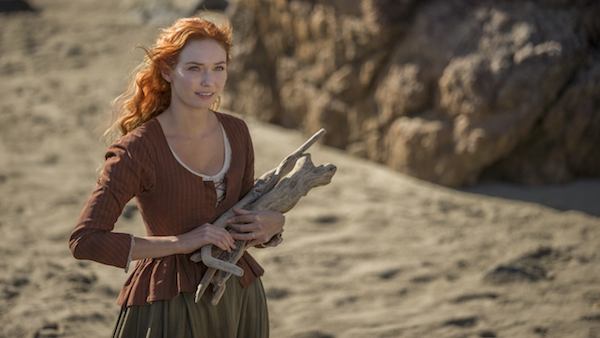 With that in mind, Tomlinson is determined to continually portray strong female characters and not become an actress who is saddled with parts not up to her expectations.

“I’m not interested in being the damsel in distress,” said Tomlinson. “I want someone who has her own storyline and her own mission – not a woman who, to use a comedy term, is just there to provide the feed line to someone else’s joke.”

This week on “Poldark” (Wednesday, January 18, 2017 at 9pm ET/6pm PT), Ross finally faces a tough judge and jury tasked with deciding his fate. Who will stand up for him? Who will sell him down the river? Finally, how will Ross defend himself knowing that a single misstep could leave Demelza alone to pick up the pieces?

WATCH: ELEANOR TOMLINSON GIVES MORE INSIGHT INTO HER PORTRAYAL OF DEMELZA IN THIS POLDARK INSIDER