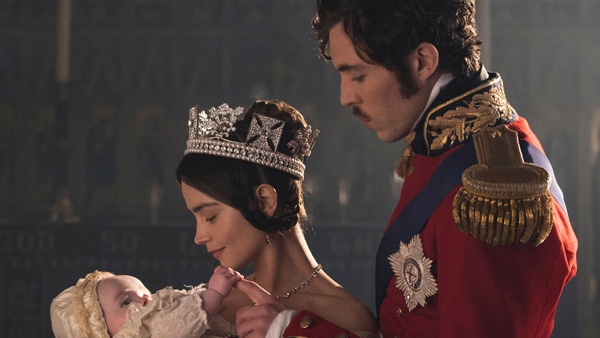 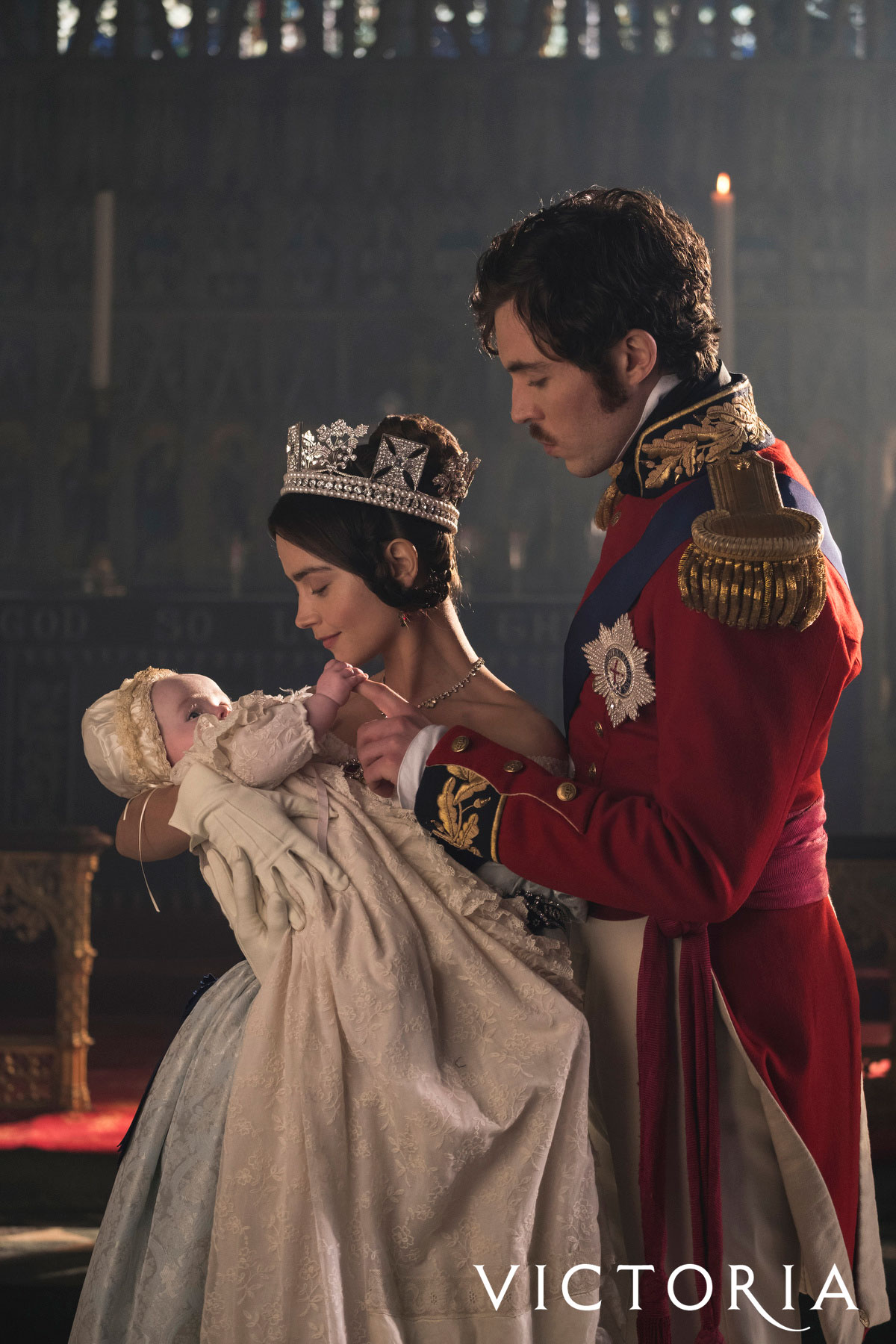 London, 22 May 2017: To celebrate Victoria Day, the anniversary of Queen Victoria’s birthday, ITV has today released the first clip and image for the highly-anticipated second series of Mammoth Screen’s Victoria.

Scroll down for a glimpse of Victoria, Season 2.

The clip, which stars popular leads Jenna Coleman (Doctor Who) and Tom Hughes (The Game) as Queen Victoria and Prince Albert, depicts the Christening of the couple’s first-born child, Victoria, whilst the image shows the doting parents with their baby.

Following the critical acclaim and record ratings success of the first instalment, the second will again be written by creator and executive producer Daisy Goodwin, and see Queen Victoria face new challenges both at home and abroad.

Picking up six weeks after the first series ended, the new season establishes Victoria as a working mother, learning to balance her responsibilities as both parent and Queen. However, with Prince Albert still struggling to find a role for himself there is an inevitable power struggle between husband and wife.

The teasers for the upcoming series follow the announcements that acclaimed British actress Dame Diana Rigg has joined the cast as the Queen’s new Mistress Of The Robes, the Duchess of Bucchleuch, and Line Of Duty star Martin Compston will be making a guest appearance as social activist Dr. Robert Traill.

The eight-part series and two-hour Christmas special has been commissioned by ITV’s Head of Drama, Polly Hill, and will be executive produced by Damien Timmer (Endeavour), Kate McKerrell (Lost In Austen) and Daisy Goodwin for Mammoth Screen. It will again be produced by Paul Frift (Room At The Top). Directors for the series are Lisa James Larsson (Striking Out), Geoffrey Sax (Endeavour), Jim Loach (Endeavour) and Daniel O’Hara (Silent Witness).

The first series of the drama was ITV’s highest rating drama of 2016, receiving critical acclaim and a consolidated average of 7.7m viewers with a 29% share.

Don’t miss the Season 1 finalé of Victoria on VisionTV, Tuesday, May 23, at 8pm ET/5 PT. Then, Tuesday, May 30 at 8pm ET our premiere broadcast of the 1980s-set drama, Brief Encounters, launches, starring Downton Abbey’s Penelope Wilton.

HERE’S A GLIMPSE OF VICTORIA SEASON 2: