If you’re a fan of British television, chances are “Call the Midwife,” “Poldark” and “Victoria” are series that have captured your interest. All three have powerful, eclectic casts that bring a broad range of smart, funny, complicated, strong and emotional characters to life. Thus, it shouldn’t be too surprising that all three spectacular series have been nominated for trophies at the TV Choice Awards 2017.
“Poldark” is nominated in the Best Drama Series category, where it’ll go up against “Line of Duty,” “Our Girl” and “Broadchurch.” Meanwhile, “Call the Midwife” will take on “Casualty,” “Doctor Who” and “The Durells” for Best Family Drama.
Thanks to amazing acting, scenery, strong storylines and positive reviews, “Victoria” has been nominated for Best New Drama. Competition in this category will come from “The Crown,” “The Good Karma Hospital” and “Little boy Blue.”
“Poldark” stars Aidan Turner and Eleanor Tomlinson have been nominated in the Best Actor and Best Actress categories, respectfully. 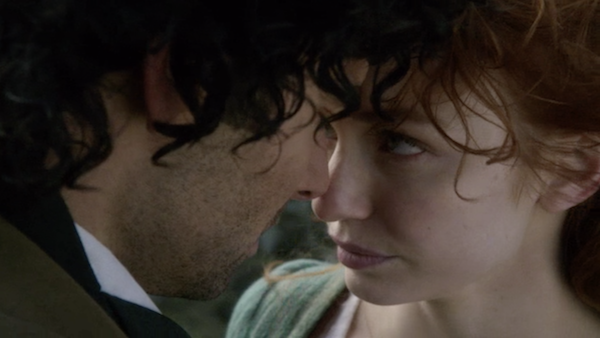 Once again, “EastEnders” will be up for Best Soap honours, while series stars Danny Dyer (Best Soap Actor), Jasmine Armfield (Best Soap Actress) and Zack Morris (Best Soap Newcomer) have received nominations.
Winners of The TV Choice Awards are determined based on fan voting. The award ceremony itself will be held on Monday, September 4 in London, England.
In 2016, winners included “Birds of a Feather” (Best Comedy), “Call the Midwife” (Best Family Drama), “Downton Abbey” (Best Drama Series) and Lacey Turner (Best Soap Actress) for her work on “EastEnders.”
We wish all nominees the best of luck!
New seasons of “Call the Midwife,” “Poldark” and “Victoria” will soon return to VisionTV! Please stay tuned to our VisionTV Facebook page for updates regarding when they’ll be premiering!
Meanwhile, catch “EastEnders” on Thursdays and Fridays beginning at Midnight ET/9pm PT!
-Adam Grant