Meghan Markle’s Toronto Home is Up for Sale

In real estate, timing is everything. Thus, it makes perfect sense that the Toronto residence Meghan Markle called home while filming “Suits,” is now up for sale.

Shortly after confirming her engagement with Prince Harry, came word that Meghan was exiting the hit TV series in which she starred for seven seasons. 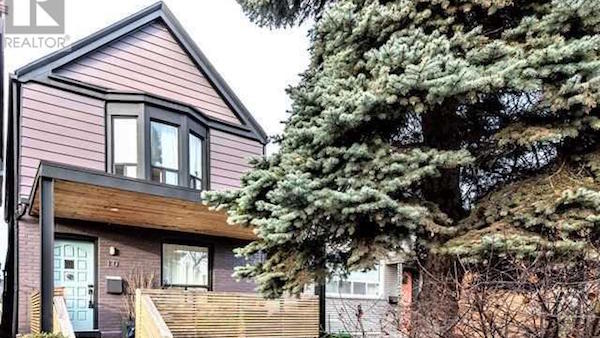 “I don’t see it as giving anything up. I just see it as a change,” said Meghan during an interview with Sky News shortly after her engagement was announced. “It’s a new chapter, right? And also, keep in mind, I’ve been working on [‘Suits’] for seven years. We were very, very fortunate to have that sort of longevity on a series…I’ve ticked this box, and I feel very proud of the work I’ve done there, and now it’s time to work with [Harry] as a team.”

The Toronto home, which according to the Toronto Star is owned by fashion stylist and editor Elizabeth Cabral and her husband Kevin O’Neill, can be had for a cool $1.395 million. CBC News reports that Cabral and O’Neill originally purchased the home in 2007 for $508,000.

Located at 10 Yarmouth Rd., Meghan’s now-former pad is a detached unit that features three bedrooms, three bathrooms, as well as two floors of living space, a cozy-looking backyard, and a two-car garage.

Oh, and then there’s the biggest selling point of all: it is now part of the British Royal family’s history. Good luck negotiating against that!

Prince Harry and Meghan will wed in May 2018 at St. George’s Chapel in Windsor Castle. The couple will reside in Nottingham Cottage at Kensington Palace.