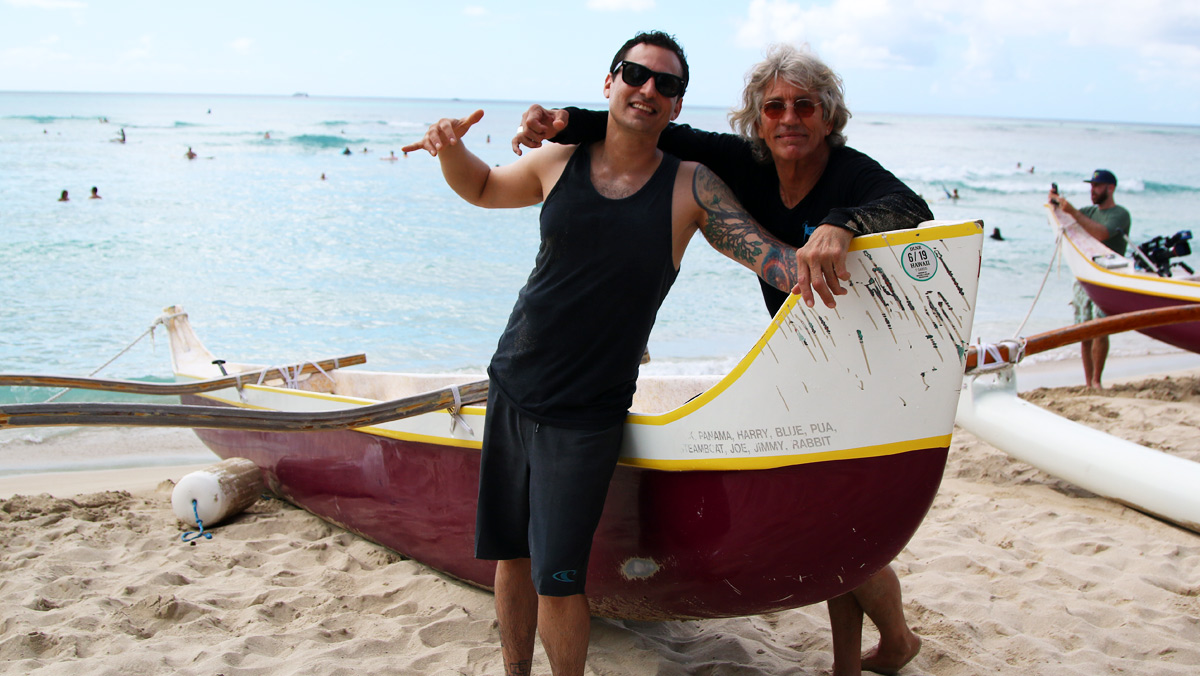 In episode seven of 50 Ways to Kill Your Mum (or Dad), Academy Award nominated actor Eric Roberts and his stepson, musician Keaton Simons are venturing to Hawaii for a week-long thrill ride to strengthen their relationship. Eric isn’t much of a risk-taker, but can Keaton convince him to tackle some new and frightening experiences in the name of family bonding?
With their careers in show business, both Eric and Keaton lead busy lives and rarely get to spend quality time together. After having a falling out when Keaton was a teenager, they’ve only recently begun to rebuild their relationship. Now, they’re closer than they’ve ever been, and this week brings the perfect opportunity to solidify their bond and make some lasting memories. But is Eric willing to confront his fears and fully commit to the adventure Keaton has in store? 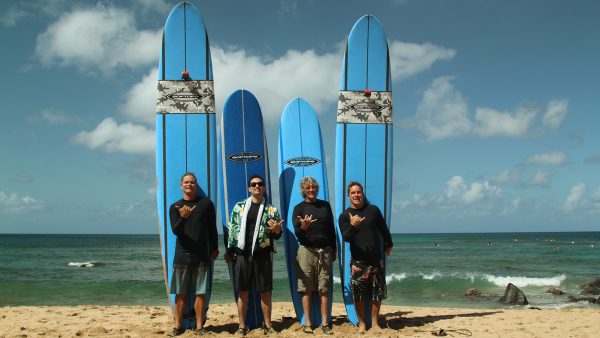 “I don’t like sharks, and I’ve never surfed,” says Eric. “I’m not interested, because I’m old. And it’s dangerous. And it’s hard. I’ve played tough guys on TV but I’m not one of them. I don’t push myself that hard.”
“I’ve seen him do some crazy stuff in movies,” says Keaton. “But Eric is not a person who likes to step too far out of his comfort zone usually. He’s a creature of habit. But I cannot wait to bust him out of that and show him some new stuff.” 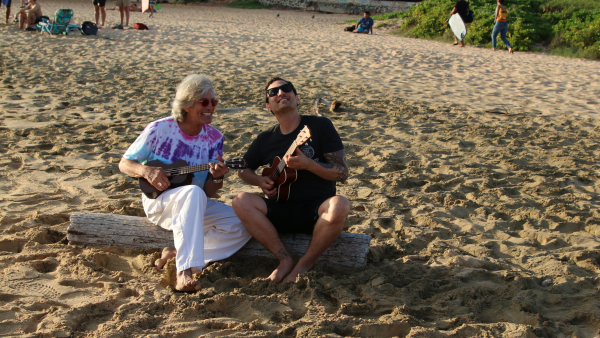 First up, Keaton brings Eric to an enormous mountain where a surprise awaits them at the top. After a steep climb, Keaton informs his stepdad that the only way down is paragliding. With his intense fear of heights, Eric will have to dig deep to conquer this first challenge.
Next, Keaton is changing gears on their adventure with an ATV race in the woods. This is much more Eric’s speed, but when Keaton surprises him yet again with a quick adrenaline-boosting activity to start the day, Eric finds out he’s not through with facing his fear of heights just yet!
Then, things aren’t getting any easier on Eric when Keaton brings him to the North Shore for a surfing lesson. Eric claims he has terrible balance since his car accident, so he’s not looking forward to face-planting in the water over and over. And after flashing back to Jaws, it’s going to take some serious encouragement from Keaton to get Eric in the water. 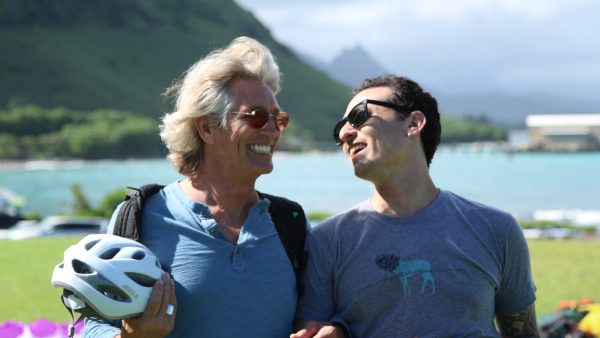 Just when Eric thinks he’s done with the ocean, Keaton drops the bomb that their last and most intense challenge is just what Eric is most fearful of – swimming with sharks. Eric is adamant that he won’t be participating in this challenge, but he soon realizes he might be even more terrified of his wife’s reaction if he lets Keaton do this alone. Is it enough for him to take on his biggest fear? 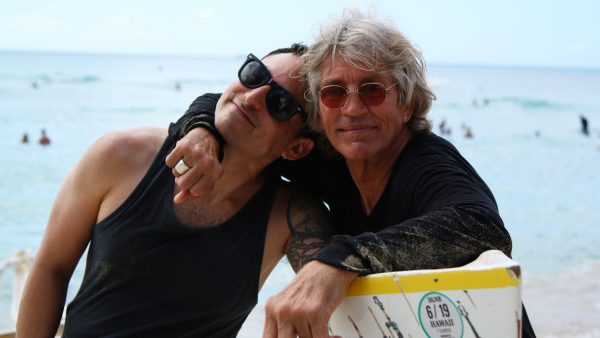