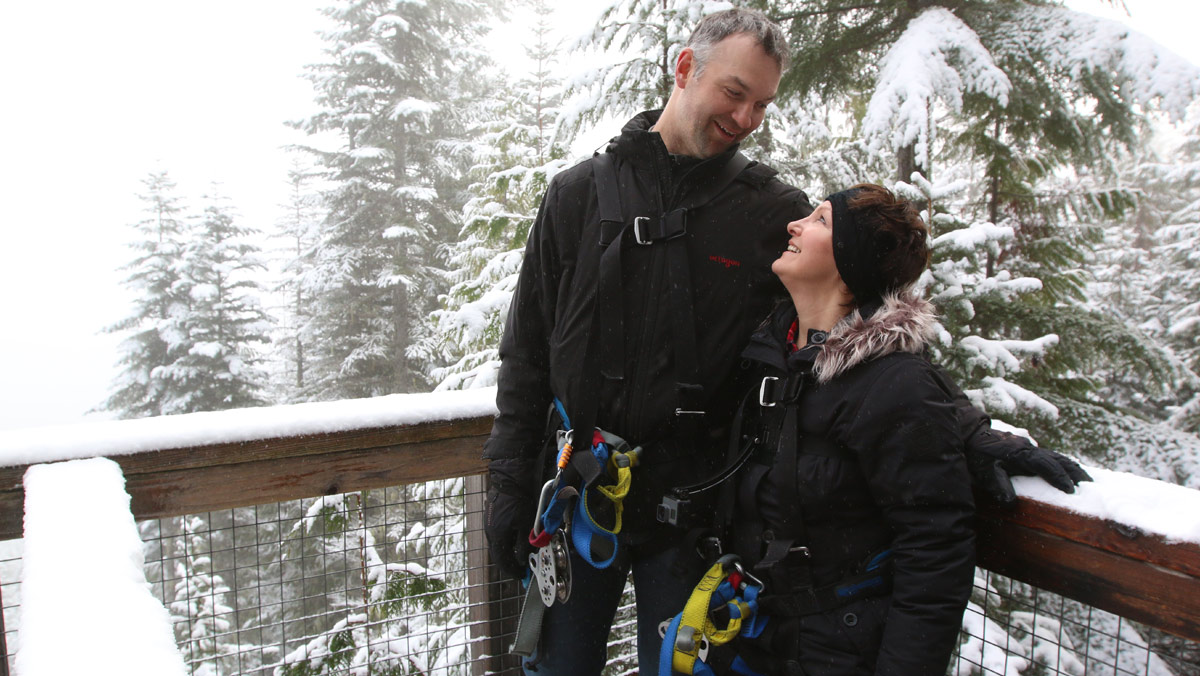 In episode eight of 50 Ways to Kill Your Mum, former NHL All-Star MVP John Scott is taking his mum Marilyn to Whistler for a week full of adrenaline-fuelled fun. Marilyn says she’s up for anything, but John has his doubts. Can she handle the extreme adventure John has planned?
As a hockey mom, Marilyn sacrificed a lot to help John achieve his NHL dream. Now as a father of five, John finally understands how much support his mum gave him growing up. She’s been there through it all, and now is the perfect opportunity to thank her with a bonding trip she’ll never forget. Can John turn his sweet and cautious mum into a thrill seeker by the end of the week?
“I’m finding myself being more adventurous now,” says Marilyn. “I do new things, try new things.”
“My mum is a lot of talk and not a lot of action,” says John. “She always says she’s up for anything, which is great, but I’ve never seen her do anything adventurous at all.” 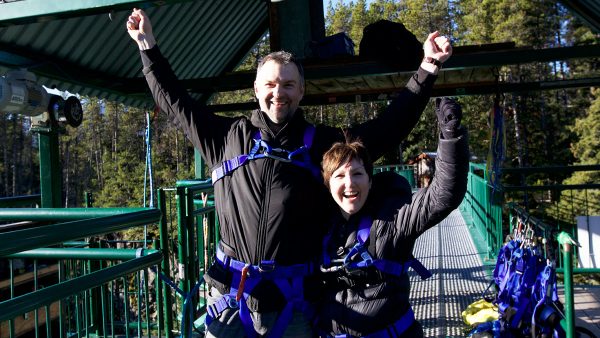 For their first activity, John and Marilyn venture high into the mountains where they’ll take a ride across one of North America’s longest zip-lines. Over 2500 across, 300 feet high and reaching speeds up to 80 kilometers per hour, Marilyn is already way past her comfort zone. While she tries to put on a brave face for John, finding out she’ll have to do 3 separate courses with the last being the biggest and scariest, Marilyn’s starting to question what she’s gotten herself into.
John and Marilyn then head into the back country for some off-road buggy racing. With sharp corners and huge drop-offs, John’s thrown off his game when he has to ride shotgun with his mum behind the wheel. Can Marilyn take charge and prove to John she’s up for the challenge? 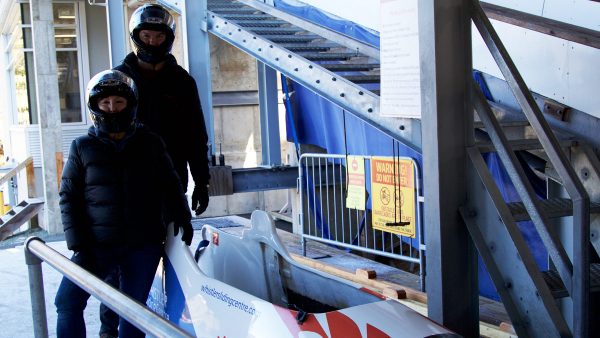 John’s need for speed doesn’t stop there, and next he’s taking his mum even faster. At an Olympic bobsledding course, John and Marilyn will feel the incredible G-force of travelling at 135 kilometers per hour. It’s a dangerous and frightening sport, but with two pros joining their four person sled, they’re completely safe…right?
If Marilyn was freaked out over bobsledding, she’s about to re-evaluate what it means to face fears. John brings her to a 160 foot bridge overlooking a beautiful gorge. Marilyn’s ready to snap some photos and call it a day, but once she finds out the plan is to bungee jump, she goes into full-on panic mode. After John takes the plunge first, he definitely doesn’t help by saying “It feels like you’re falling to your death!” Can Marilyn summon the courage to conquer this one final challenge? 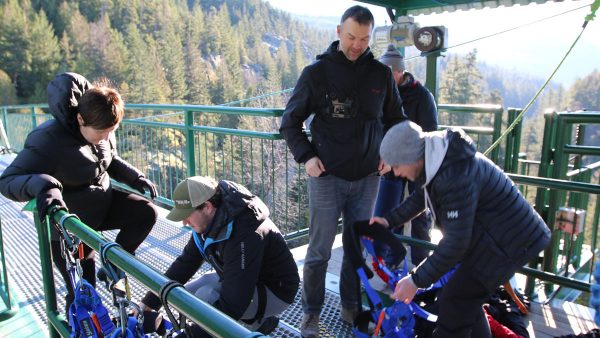 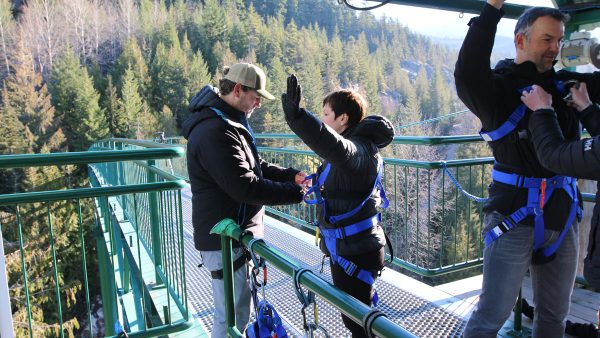 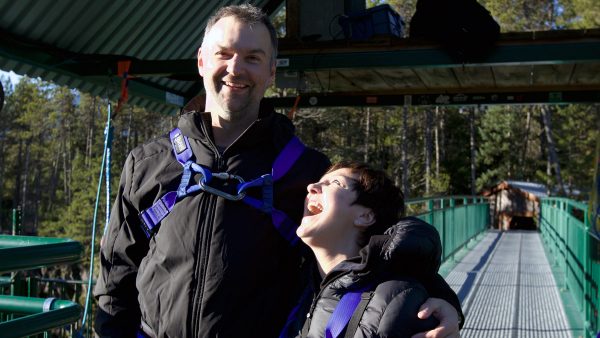