Oliver and Shane Aim to Seal It with a Kiss in the New Signed, Sealed, Delivered Movie 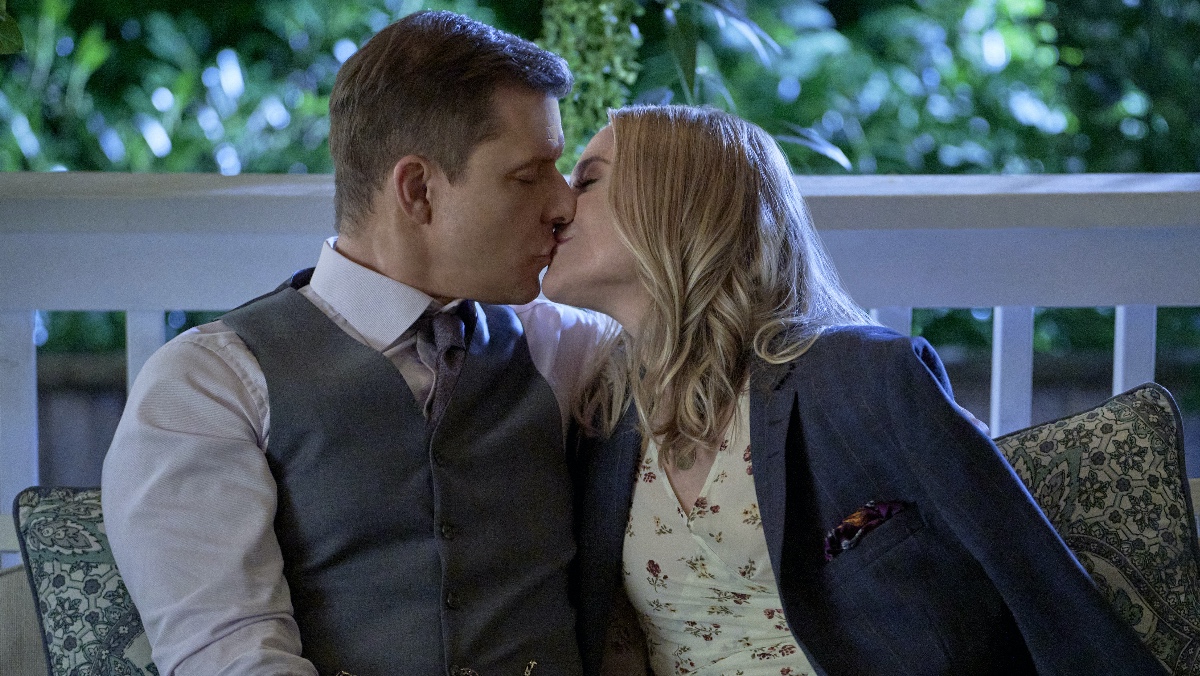 The long awaited, highly-anticipated, most romantic moment of the Lost Letter Mysteries movie series is here! After years of missed connections and endless pining, Shane and Oliver are finally preparing to tie the knot in the latest installment of Signed, Sealed, Delivered, but will another mail delivery mystery derail the wedding? “The Vows We Have Made” is set to premiere Saturday, November 13 at 2pm ET / 11am PT on VisionTV.

In honour of this momentous event, let’s take a look back at where it all started, shall we? 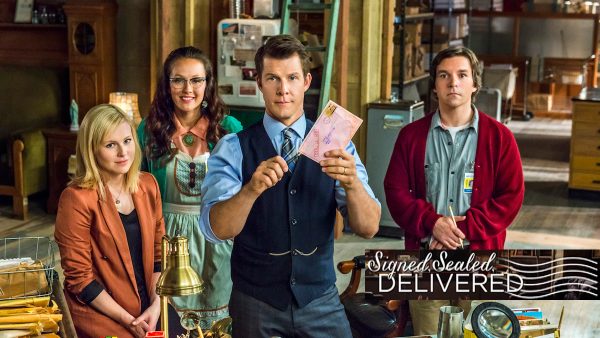 Signed, Sealed, Delivered, also called Lost Letter Mysteries, was conceived by Martha Williamson, creator of the hit CBS series Touched By An Angel, which has also aired on VisionTV. Her unique brand of heart-melting and inspirational storytelling has reached millions of viewers, and this powerful impact has continued with the much loved postal detective series, originally airing in the U.S. as a movie-length pilot and 10 episodes (6 movie-length episodes in Canada) and then, 12 made-for-TV movies. While the series is set mainly in Denver, Colorado, filming largely takes place in Vancouver. 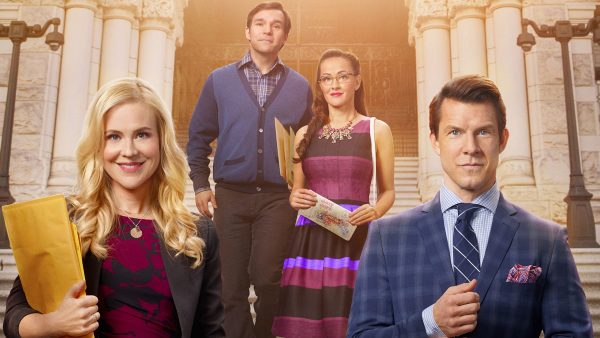 The characters at the centre of the series, the four postal workers that staff the Dead Letter Office in Denver, all share a strong moral compass that leads them to always strive to do the right thing, particularly Oliver O’Toole, played by Eric Mabius. With Oliver’s dedication to preserving the integrity of the postal service and hesitancy to break the rules, it takes an outsider and the newest member of the team Shane McInerney, played by Kristin Booth, to often give the whole team a nudge to take action and use their investigative prowess and keen intuition to make a real change in the lives of others.

Rounding out the postal detective team are Yan-Kay Crystal Lowe and Geoff Gustafson as Rita Heywith-Dorman and Norman Xavier Dorman, whose charming co-worker courtship and marriage was eagerly followed and celebrated earlier in the series. 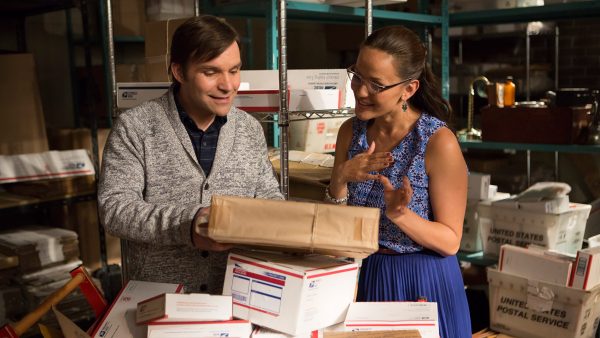 Since it’s launch in 2014, the series has also welcomed a wonderful array of celebrated guest stars including recurring guest star Gregory Harrison as Oliver’s father Joe, whom also guests in “The Vows We Have Made”, the late Della Reese and Valerie Harper, as well as Carol Burnett, Marion Ross, Marilu Henner and Valerie Bertinelli. 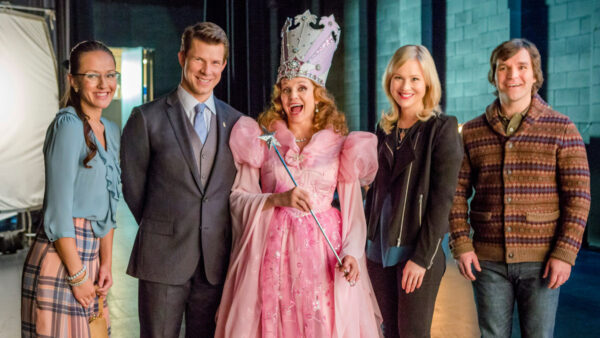 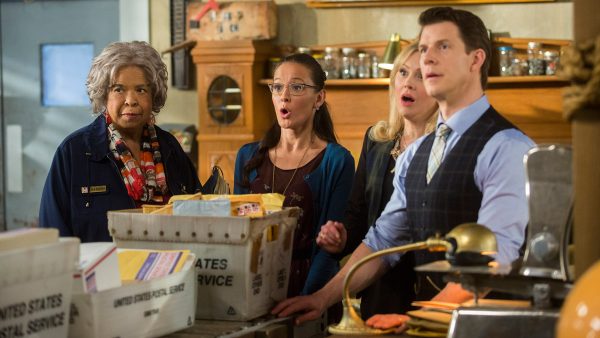 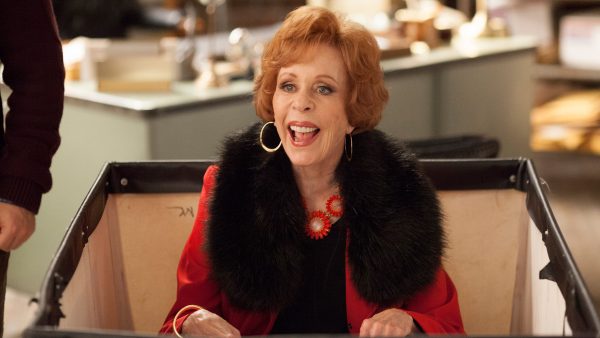 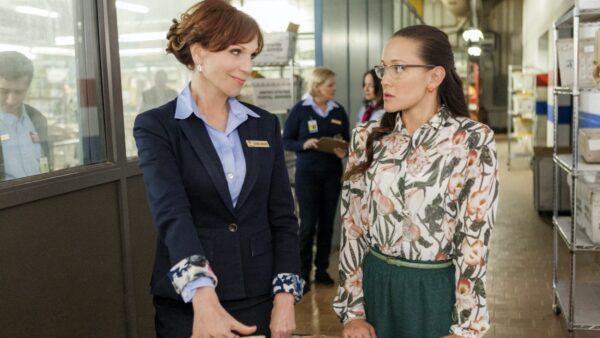 Devoted fans of the series have enthusiastically cheered on their beloved postal detectives who will stop at almost nothing to track down the intended recipients of important, lost mail. Together, Shane and Oliver have become an unstoppable force who quickly won over the audience with their undeniable chemistry.

“It just evolved and kept growing,” says series creator Martha Williamson. “Once we saw that these actors were so great together. When you get that lightning in a bottle, which happens so rarely that you can’t imagine anyone else in the role…then you know you have something special and it gives you the freedom to imagine new things for them.” 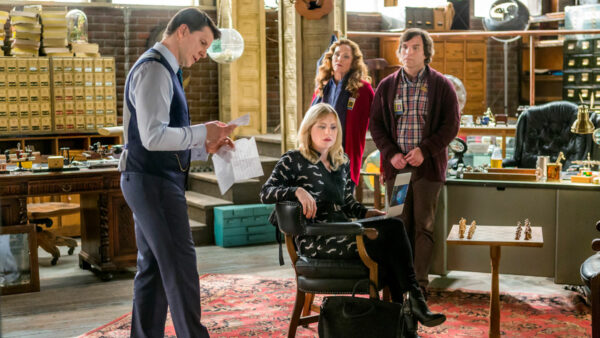 It was no surprise when romance slowly bloomed between the couple, but with Oliver’s complicated history with heartbreak, it certainly wasn’t smooth sailing for the duo. According to star Kristin Booth, happiness won’t come without a hitch for the couple. “Much like their entire relationship, their journey to the altar in this one is fraught with obstacles,” Booth tells TV Fanatic. “Whether they be physical obstacles that the world throws at them, or emotional ones.” 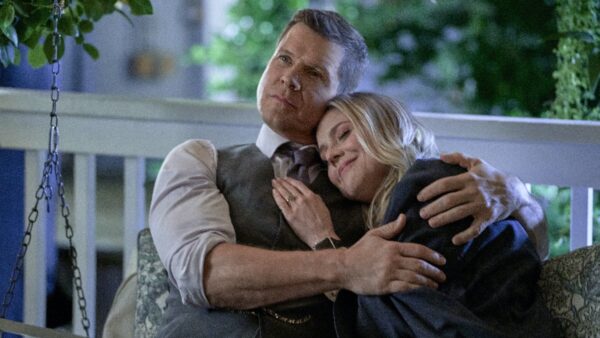 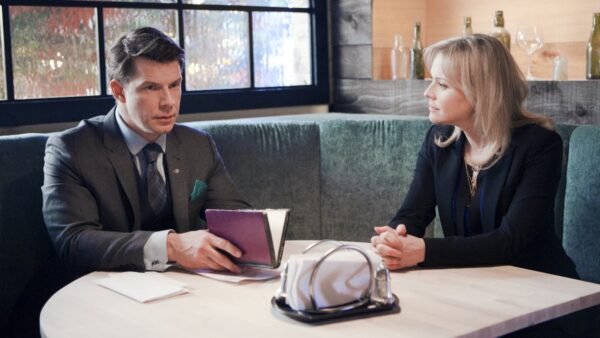 In this new edition of the series, Shane and Oliver are preparing for their wedding when the postal detectives receive a letter from a mother hoping to reunite her son with his best friend before it’s too late. And with Norman and Rita caught up in their own family drama, the team is pulled in a million different directions, all while trying to stay the course of the most important day in Shane and Oliver’s lives. 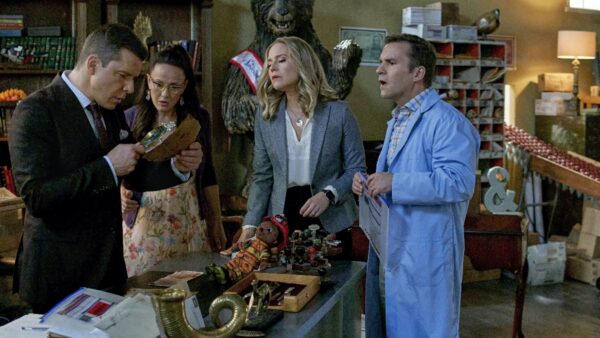 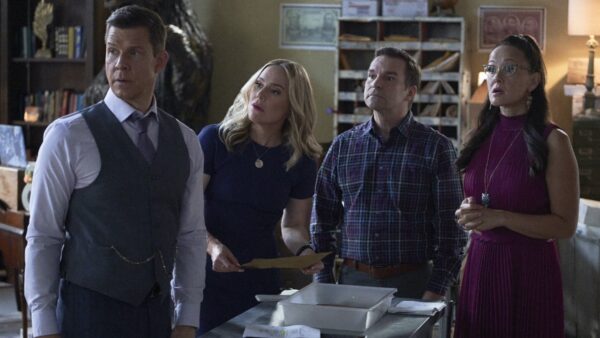 It’s clear that as much as the fans have waited for this moment, so have the stars after their two year hiatus from filming. Check out these wonderful behind-the-scenes moments and cast shots from the making of “The Vows We Have Made” and don’t miss our premiere Saturday, November 13 at 2pm ET / 11am PT! Plus, enjoy classic Lost Letter Mysteries movies every Saturday at 2pm ET.